This week’s post has me fired up. By fired up, I mean pissed.

People like Dave Rascoe give me a lot of hope. He’s the kind of personal trainer that I’m trying to help create with this website.

It is very possible to respect someone’s medical letters behind their name while simultaneously demanding for their industry to be better. 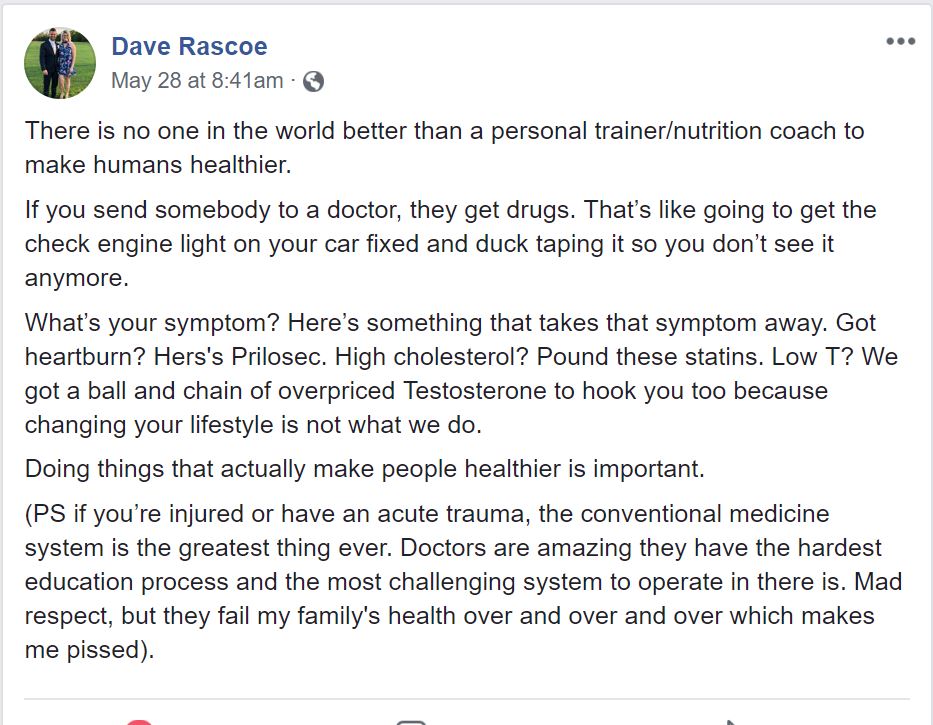 In 2012 I convinced my grandma to do the opposite of what her doctor was telling her to do. In 3-4 months her blood work came back with normal levels of LDL and cholesterol, ALT and AST levels were dropping (something doctors told her would never happen).

Her doctor wrote on her blood work “Keep staying away from fat and eating your whole grains!” congratulating her on her improvement.

No one else seemed bothered that she just did the opposite of what her doctor told her to do and got better. No one seemed pissed enough to bring this up to his attention. My grandma never brought it up to him, and she is still seeing him. Since she never had the support from the trusted guy in the white coat on her lifestyle changes, she went back to relying on them for information and stopped taking her health into her own hands.

When I see something being done that’s unfair, misleading, or harming others, I can’t help it but to take it personal and get mad about it.

This personality trait seems to annoy people, especially the ones close to me. When my grandma’s health started going downhill last year, the family felt bad for her and were sad. I got pissed at our medical system that mislead her into a path of countless medications masking her symptoms, misleading nutrition advice that probably caused her more harm than good, and her unwillingness to look at other options other than conventional medicine.

People are so passive that they would rather not deal with any confrontation, or hurt someone’s feelings, and just conform to our broken system.

My grandma’s story repeats it’s self over and over again.

I see it happening to my friends, clients, family members, and I’m fucking sick of it.

and I want you to be sick of it.

How many of you knew our public school teachers had been underpaid and unfairly treated until this year? 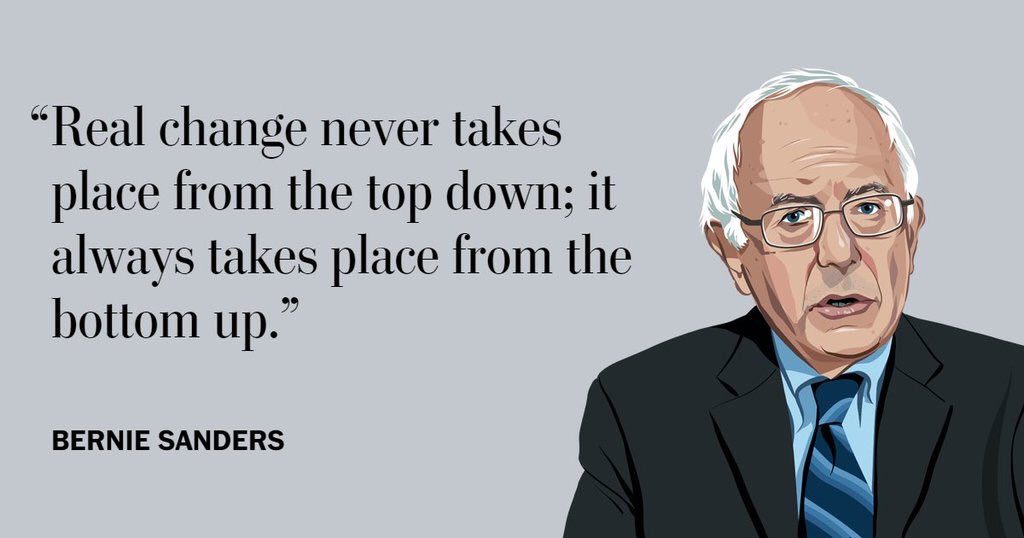 Change starts with educating the public on not relying on our medical system to take care of them. It starts with people being honest with our practitioners about them over-medicating. It starts with everyone understanding what it actually takes to be a healthy human.

That’s where the personal trainer/nutrition coach comes in.

Coaches can be the frontline to getting this sick world healthy.

Can you imagine if millions of pissed off people demanded a better system? Maybe the needle would start moving in the right direction. Maybe doctors would have to refer out before starting medications. Maybe doctors would get rewarded for getting patients better instead of profiting for keeping them sick.

If you’re sick of our medical system and you want to educate your clients on a world that hasn’t be introduced to them, I’d start with checking out my blog Functional Medicine 101 for the Personal Trainer.

Your reach is bigger than you think 🙂 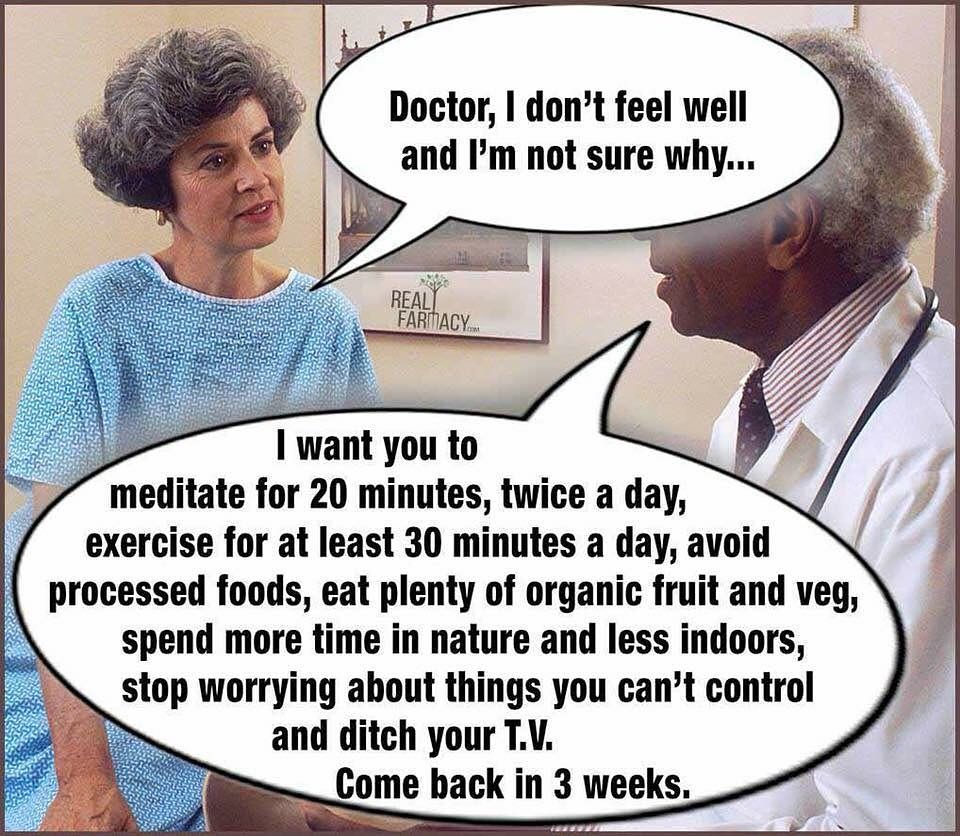