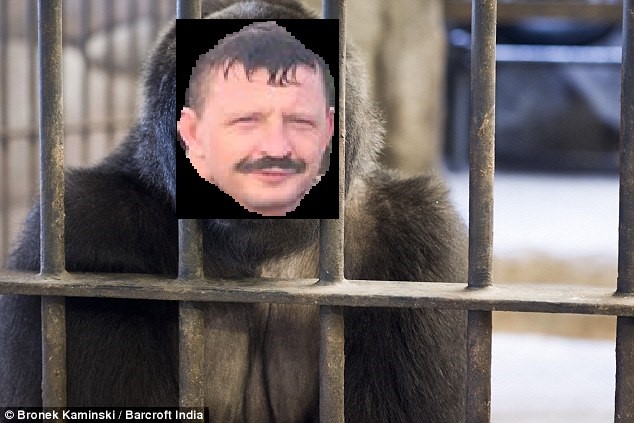 My first Social Media Post of the week must go to one of my favorite people in the industry.

The one and only, Pat Davidson!

He posted a status on Lateral Band Walks and the internet lost it.

It was a get your pop-corn and read the comments kind of post.

It makes you realize how emotionally attached people get when someone questions their thought process over an exercise they’re doing with their clients.

Pat basically said lateral band walks are a waste of time, and the justifications started pouring in within seconds.

Pat wasn’t saying you were a bad coach for doing them, he was just saying that they’re not doing what most people think they’re doing. Just like people try to juice cleanses to detox and flush their body but that’s not how it actually works. 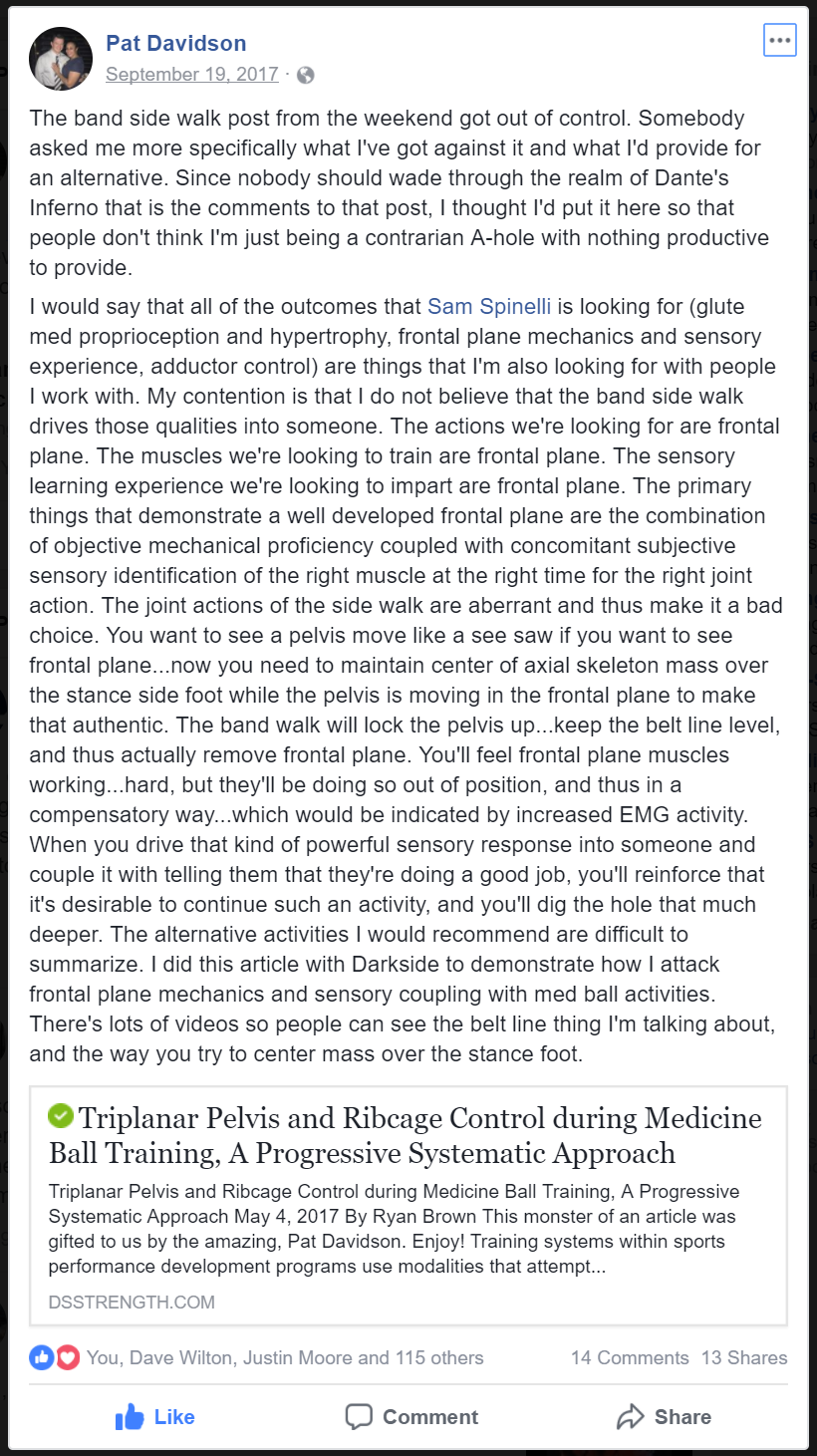 Coaches that really thrive in this industry are constantly adapting to new information that they’re learning without getting emotional about it.

If I woke up one day and Pat Davidson, Bill Hartman, and Zac Cupples were telling coaches the best way to get people moving better would be be getting clients to push their bellies out as they breathe in, do a bunch of band pull aparts, and lateral band walks, I would throw my ego at the door, and start getting people to pinch their shoulders blades back and down and start getting people better.

Don’t get attached to anything that you’re doing. Someone will come around and show you how you’re not quite getting it. It happens to me DAILY. I’m constantly feeling like I’m messing up and I don’t actually know what I’m doing.

You know what doesn’t get people better? Being close minded with a “we’ve always done it that way” mentality.

If you really want to know what true frontal plane work looks like, I would HIGHLY recommend buying Pat’s seminar –> Rethinking The Big Patterns.