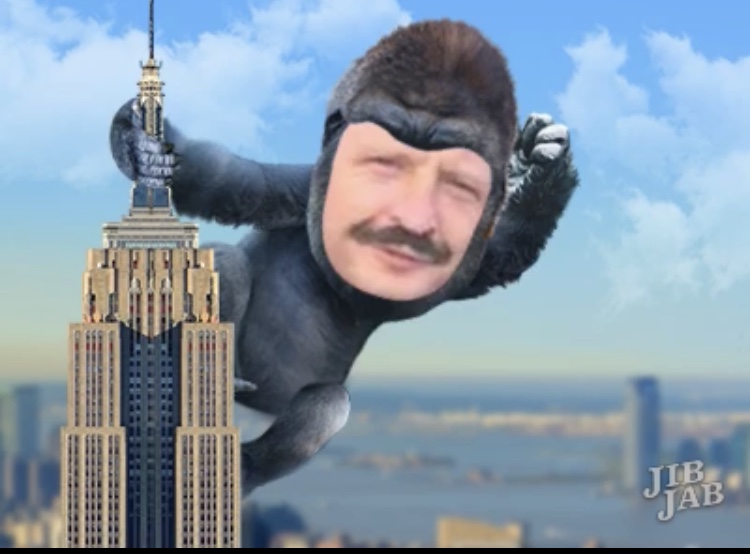 Last time I highlighted Pat, I talked about not getting emotionally attached to things that you’re doing because people like Pat will come around and make you feel really uncomfortable if you have an ego that prevents you from changing your ways. 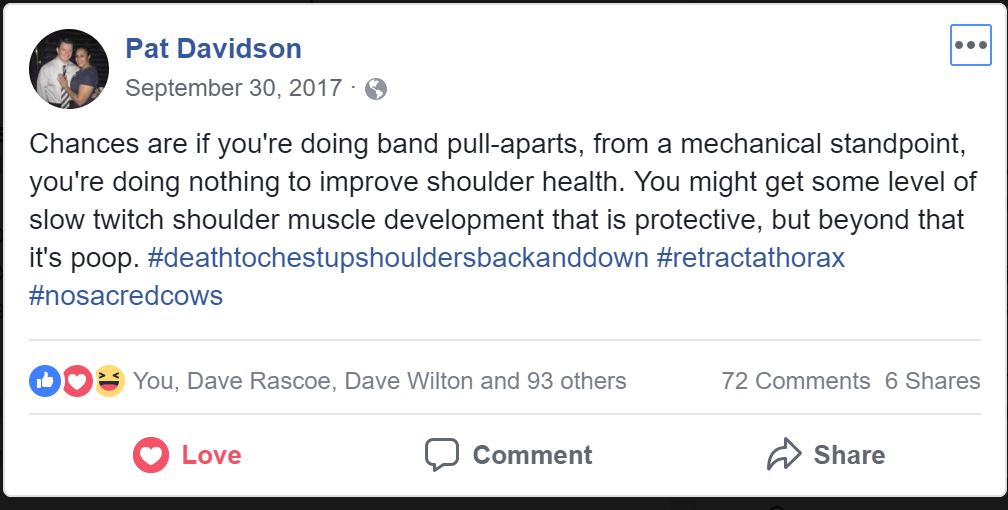 I personally hate band pull-aparts. Mostly because I spent a year trying to convince another trainer that it wasn’t the best shoulder health activity and that it didn’t undo the bench press.

So I will always hate on them, but like Pat mentioned in his post and in his comments. If you’re coaching it correctly and your goal is to get some upper back muscle development, then you’re “okay”. 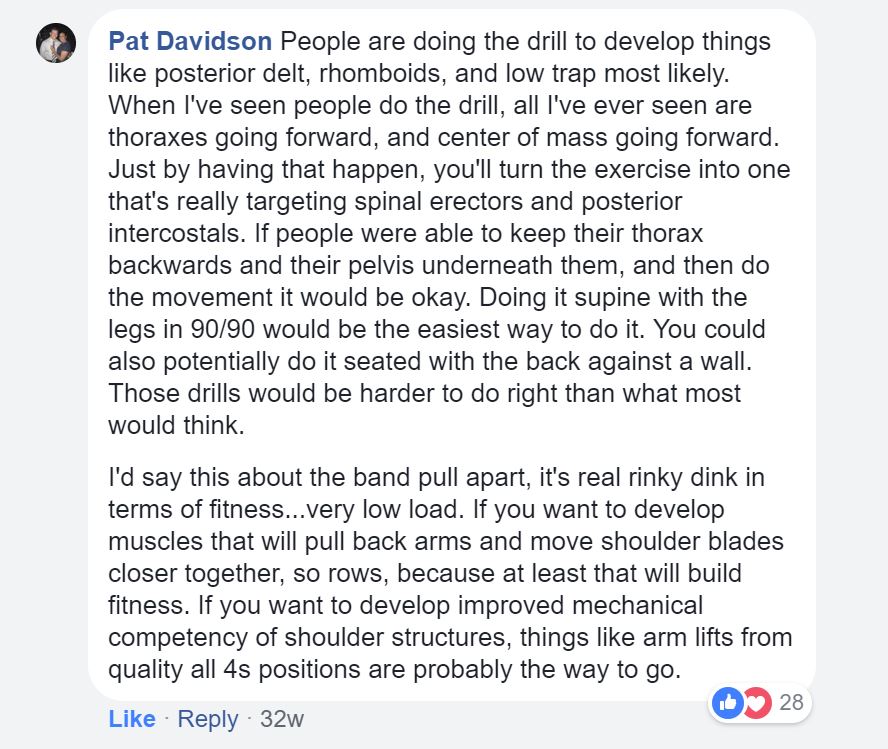 But if your goal is to keep the shoulders healthy and increase movement variability, then you should think of furthering your knowledge on the relationship between the shoulders blades and the rib cage. ( watch video at the end)

Then powerlifting got brought up in Pat’s post where I gave my 2 cents.

Pull Aparts are praised in the powerlifting world.

Don’t they need to do a lot of pulling? Don’t they need a strong upper back? Don’t they need to undo the bench? Band Pull Aparts should be part of their warm-up, right? They are sagittal creatures and they WANT and NEED to be in extension, isn’t that correct? You can’t take the powerlifter’s extension away because they’ll get weaker, right?

Content always matters. Why are they doing band pull aparts? to mimic the same position as the bench press? Shoulder back and down? Cool. Keep doing them.

To keep the shoulders healthy? Fix problems they’re having during their lifts? ehhh this is what I think -> 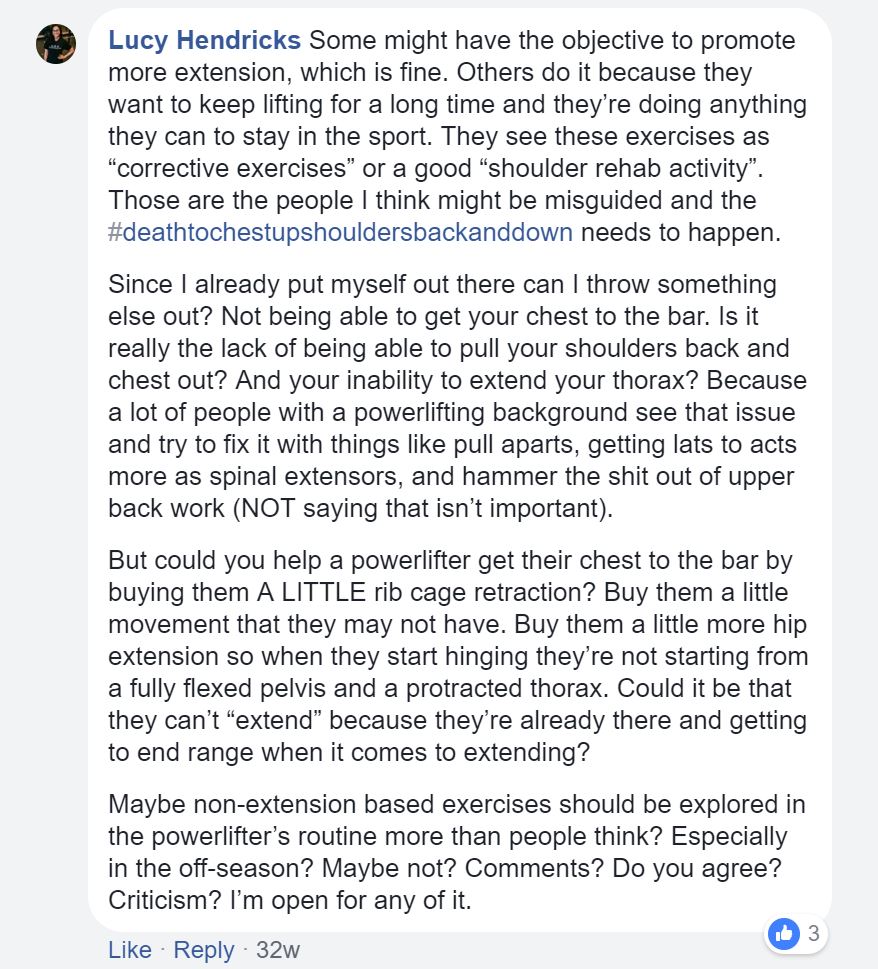 The body is great at giving you illusions. It may look like you struggle extending and keeping your upper back together, but it might be an issue with your rib cage position, not your lack of pulling exercises like band pull-aparts.

I might not be a powerlifter but I’ve worked with people like Tracy Jones who has had amazing success getting away from the conventional powerlifting mind and has gained an appreciation of respiration and thorax position. 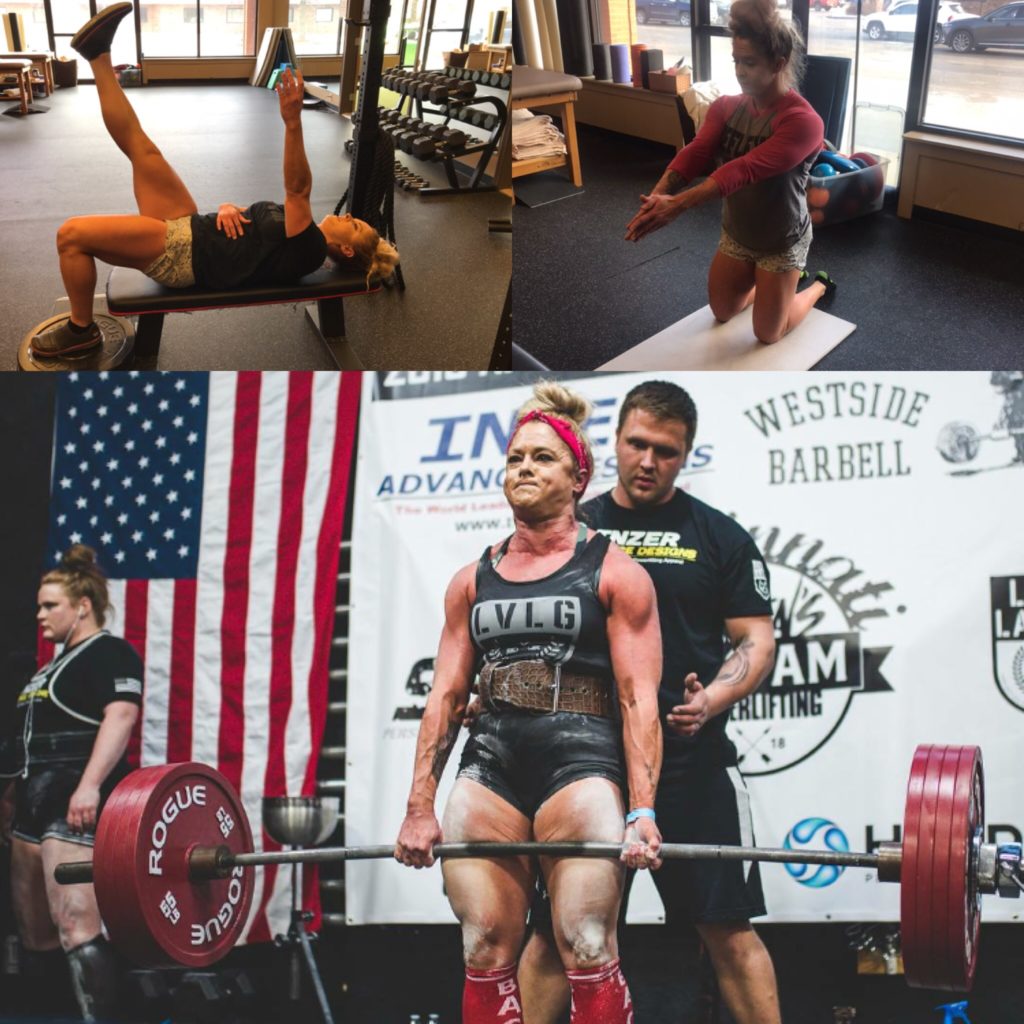 Hope this was helpful.

Let go of any ego you may have. Always be ready to be wrong.